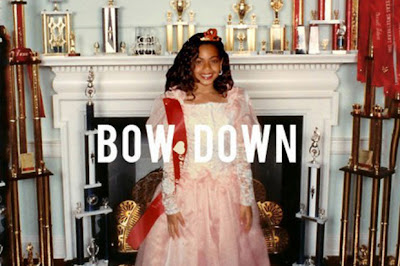 Well if you want to see how fast someone's panties can get in a bunch all you need to do is something outside of the box that they put you in and almost instantly, panties worn by hypocrites  self- proclaimed judges, and delusional gods all simultaneously synchronize into this decades worst wedgies. If that's to much work, we could always ask Beyonce'. Mrs. Carter has long been the topic of discussion, hate, praise and everything in between. Her latest opinion jerker is her single, Bow Down from her Blue Ivy album.

Re-introducing fans to Sasha Fierce, it seems that Queen Bey brought every bottled "Read" that she'd been harboring during her stint of political correctedness (Yea, I made that Up). She may just earn another fan with this song, however. Prior to the release of this single, Bey remained relevant, after receiving publicity about her inaugural performance and then her show stopping performance at the Super Bowl. After stirring up the gossip mills and brews, Bey does it again a midst what appears to be more of a fan fueled twitter beef with Keshia Cole. Cole criticizes Queen Bey for not being "consistent" enough in the public display of class. But she isn't the only one displeased with Beyonce's alter ego returning. Some of Bey's fans seem to like the "prude" high society presentation that she gives the world and according to Facebook posts and status updates, this song Bow Down was "out of character" for her and possibly knocks her out of the race to be America's Next Best Role Model. Have fans forgot other edgy songs with the Queen Bey stamp on it such as Bills, Irreplaceable, Ego, and Diva? While all address a woman-centered topic and range from one end of the ratchet spectrum to another, its all a matter of perception. Bow Down is another knot on that belt...But when was an instruction manual released on operating the box that they've built and put her in? It is no secret that many people view celebrities in a light specific to their experiences, and while I have never been a huge Bey fan, I think that her "new" naysayers are disappointed in their glorified perception of the image they created for her. 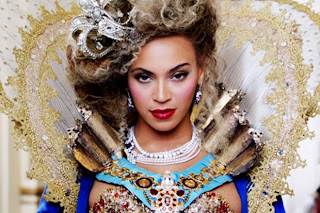 Any and all artists should be able to create and perform without censorship. Its not the artist fault that people get offended by their creative expressions or truths. For Bey, Now should be no exception. Bey has actually earned the right to say what needs to be said in the way that she want to be say it.  I actually think this track is rather strategic...genius even. Returning to the her down south roots, she samples Texas greats such as UGK and shouts out Willie D. She reclaims a shakeable home base and rekindle the fire. Further more, Bow Down shows the rest of the world that she is human, not super human. Hats off to you Bey for doing what you want to do!!!