October is the observatory month for a lot of worthy causes. Those noted are Domestic Violence, Bullying Prevention, and of course Breast Cancer Awareness. No one cause is greater than the other, but as an owner of Breast, family survivor of a breast cancer victim and closeted admirer of the most Gracious Tatas, I find it appealing to discuss and disclose information to the readers in Tata Land.
The S.W.E.E.T.® Magazine  has gone pink in the Sweet honor of Saving The Tatas. 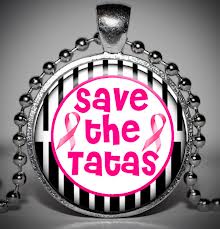 October is Breast Cancer Awareness Month, which is an annual campaign to increase awareness of the disease. While most people are aware of breast cancer, many forget to take the steps to have a plan to detect the disease in its early stages and encourage others to do the same. We have made a lot of progress but still have a long way to go and need your help! (http://www.nationalbreastcancer.org/breast-cancer-awareness-month). The National Breast Cancer Awareness Month (NBCAM) is a collaboration of national public service organizations, professional medical associations, and government agencies working together to promote breast cancer awareness, share information on the disease, and provide greater access to services.
Since its inception more than 25 years ago, NBCAM has been at the forefront of promoting awareness of breast cancer issues and has evolved along with the national dialogue on breast cancer. NBCAM recognizes that, although many great strides have been made in breast cancer awareness and treatment, there remains much to be accomplished. Today, we remain dedicated to educating and empowering women to take charge of their own breast health. (http://www.nbcam.org/) 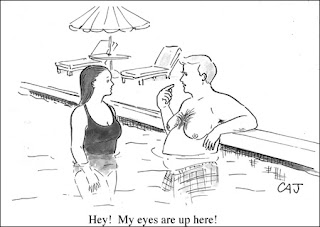 What better way to help and make a concerted effort to Save the Tatas, then to be informed of some interesting and fun facts about the mounds of glory that possess the power to nourish the lives of others. In 2010 Online Schools, begin to circulate an infographic that provided the world with Did You Knows about breasts. Here is what they reported:

2) The breasts swell up and get erect when aroused--just like the penis!

3) When erect, the average nipple is slightly taller than 5 stacked quarters. 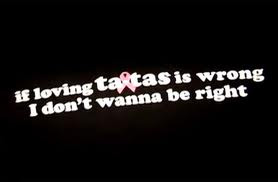 8) Did you know that there is a size 38KKK bra? (It's worn by the woman with the world's largest implants.)

9) It's legal for women to walk around showing off their breasts in Hawaii, Texas, Ohio, New York and Maine--though they can still be picked up on public nuisance laws.

10) Breast milk tastes sweeter than cow's milk. (And apparently some grown-up like to drink it: Salon.com recently ran an article about a lactating oman who let her boyfriend drink her breast milk.)

11) Smokers will have saggier boobs than non-smokers, because the chemicals in cigarettes break down the body's elastin. (www.marieclaire.com)

I, like many of my readers had no clue that Texas of all places,allowed women to walk around topless legally. I NOW understand why there are so many topless women parading around Galveston Beach during Black Pride Weekend (Splash). What is confusing though is how its "against the law" for women to be topless (w/exposed nipples) in Strip Clubs...I wont bother getting a headache to figure out another of Texas's Double Standards dubbed as laws. While these facts are interestingly entertaining, it is important to be aware of Breast cancer statistics, as it knowledge is the key to prevention.

Basic Facts
What is breast cancer?
Cancer is a group of diseases that cause cells in the body to change and grow out of control. Most types of cancer cells eventually form a lump or mass called a tumor, and are named after the part of the body where the tumor originates.
Breast cancer begins in breast tissue, which is made up of glands for milk production, called lobules, and the ducts that connect the lobules to the nipple. The remainder of the breast is made up of fatty, connective, and lymphatic tissue.
• Most masses are benign; that is, they are not cancerous, do not grow uncontrollably or spread, and are not life-threatening.
• Some breast cancers are called in situ because they are confined within the ducts (ductal carcinoma in situ or DCIS) or lobules (lobular carcinoma in situ or LCIS) where they originated. Many oncologists believe that LCIS (also known as lobular neoplasia) is not a true cancer, but an indicator of increased risk for developing invasive cancer in either breast.
·The majority of in situ breast cancers are DCIS, which accounted for about 83% of in situ cases diagnosed during 2004-2008.
· LCIS is much less common than DCIS, accounting for about 11% of female in situ breast cancers diagnosed during 2004-2008. · Other in situ breast cancers have characteristics of both ductal and lobular carcinomas or have unspecified origins.• Most breast cancers are invasive, or infiltrating. These cancers started in the lobules or ducts of the breast but have broken through the duct or glandular walls to invade the surrounding tissue of the breast. While clinical assessment clues (such as findings on breast exam or breast imaging results) may be strongly suggestive of a cancer diagnosis, microscopic analysis of breast tissue is necessary for a definitive diagnosis of breast cancer and to determine whether the cancer is in situ or invasive and lobular or ductal. The micro-scopic analysis can be obtained via a needle biopsy or a surgical biopsy. Selection of the type of biopsy is based on individual factors and availability.
The seriousness of invasive breast cancer is strongly influenced by the stage of the disease; that is, the extent or spread of the cancer when it is first diagnosed. There are two main staging systems for cancer. The TNM classification of tumors uses infor-mation on tumor size and how far it has spread within the breast and nearby organs (T), lymph node involvement (N), and the presence or absence of distant metastases (spread to distant organs) (M).1 Once the T, N, and M are determined, a stage of 0, I, II, III, or IV is assigned, with stage 0 being in situ, stage I being early stage invasive cancer, and stage IV being the most advanced. The TNM staging system is commonly used in clinical settings. 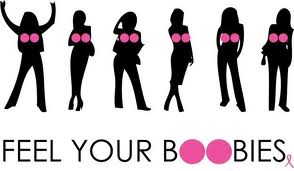 SIGNS AND SYMPTOMS
Breast cancer typically produces no symptoms when the tumor is small and most treatable. Therefore, it is very important for women to follow recommended screening guidelines for detecting breast cancer at an early stage, before symptoms develop. When breast cancer has grown to a size that can be felt, the most common physical sign is a painless lump. Sometimes breast cancer can spread to underarm lymph nodes and cause a lump or swelling, even before the original breast tumor is large enough to be felt. Less common signs and symptoms include breast pain or heaviness; persistent changes to the breast, such as swelling, thickening, or redness of the breast’s skin; and nipple abnormalities such as spontaneous discharge (especially if bloody), erosion, inversion, or tenderness. It is important to note that pain (or lack thereof) does not indicate the presence or the absence of breast cancer. Any persistent abnormality in the breast should be evaluated by a physician as soon as possible.

*Rounded to the nearest 10.

Source: Total estimated cases are based on 1995-2007 incidence rates from 46 states as reported by the North American Association for Central Cancer Registries. Total estimated deaths are based on data from US Mortality Data, 1969-2007, National Center for Health Statistics, Centers for Disease Control and Prevention. American Cancer Society, Surveillance Research, 2011

How many women alive today have ever had breast cancer?
The National Cancer Institute estimates that approximately 2.6 million US women with a history of breast cancer were alive in January 2008, more than half of whom were diagnosed less than 10 years earlier.3 Most of these individuals were cancer-free, while others still had evidence of cancer and may have been undergoing treatment.

Who gets breast cancer?
Sex
• Excluding cancers of the skin, breast cancer is the most common cancer among women, accounting for nearly 1 in 3 cancers diagnosed in US women.
• Men are generally at low risk for developing breast cancer; however, they should report any change in their breasts to a physician. 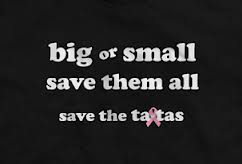 While we make light of Saving the Tatas, it is crucial that we actually save them. The world would NOT be the same without them.
Be Informed. Be Empowered. Save The TATAS!


"Buzzworthy Cravings, Creatively Satisfied!"
Posted by MsNightlyfe at 8:18 AM