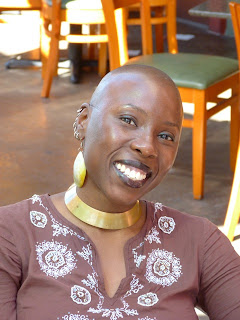 Many of us have seen or heard things that raises eyebrows. Some of us have been apart of what I like to call the "Eye Raising Movement". These are people that create their own lanes, living life as only the author of an autobiography could...these people are individuals! According to Webster, an individual is defined as a single human being distinguished from a group. In other words, our society deems us as one in a group of people. While many of us use the word individual loosely, not very many live up to its standard. Oscar Wilde states, "Society exists only as a mental concept; in the real world there are only individuals." I have had the pleasure of witnessing, meeting and conversing with an individual that lives, breathes and eat all components that supports the definitive. That individual's name is D.R.E.D (Daring Reality Every Day) aka MilDred Gerestant- Haitian African American.

If you searched MilDred Gerestant on any engine on the world wide web, you will find that she is a humanitarian, lecturer, actress, educator, healer and most of all a beautifully human individual. Known for a vast array of accomplishments and barrier shedding achievements, Dred (as I prefer to call her) is monumental in her successes for gender bending. Gender bending refers to those individuals who actively defies expected gender roles. Usually, attached to those of the LGBT community, gender bending is those individuals born of one sex but dresses, acts, and sometimes live as the opposite sex. MilDred, who is an out and proud member of the LGBT community, says that she begin gender bending, to find herself. Having always had a love for women, yet not loving herself, it became critical for her to accept what she was and embrace who she wished to become. She states, "I was labeled, ridiculed, and ostracized for the way I looked and where I came from..." That led to a hindering life of self-hate and suicide attempts for Dred. What gave her the strength to rise up from this conditioning of self-hate, was a search deeper into self and self love. A startling realization that made her a victim of group think, Dred learned that she had been taught to hate how she looked and who she was. This awareness jolted an awakening and desire for something different, something better for herself. MilDred found herself, feeling at home after attending drag king shows. Knowing she loved women, she felt comfortable being able to dress up as a man, and not being judged so harshly. This in turn lead to her alternating between living as a man and a woman. Dred, disclosed that accepting her masculinity aided in her embracing her femininity and loving the woman that she was born. While on this path of self love, truth and acceptance, it became known that this could be a powerful movement of education, exposition, and redirection. So much so, that Dred realized, that she is the one she always wanted to marry. 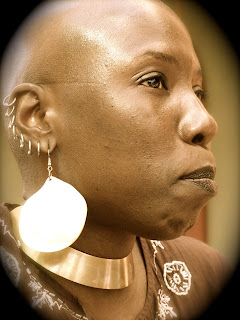 Being such a revolutionary, you would think that, Dred, reads a ton of books a day. I mean to break barriers, you have to be a knowledge seeker, right? Contrary to my belief, the desire to read only hits her from time to time. Dred states that at times when she reads, it takes her away to places that she want to be and other times to places she refuses to go, but goes anyway to face her fear. Dred states that the most critical thing in her journey is self-education and spiritual guidance. When she reads its those things that she feels will continue to help her evolve into being who she sets out to be. In her library you will find books by Osho, the Seven Spiritual Laws of Success and other spiritual healing guides. MilDred lets me know that Osho teaches how to use negative labels as a means of transforming self loathing into self worth..." To supplement reading, Dred meditates, listen to music, move and a number of other things to ensure that healing is taking place. She will even go a step further when angry and write a letter to the person or thing that is causing an imbalance with the universe and burn it. Dred taught me to deal with anger and fear as it can change who you are if you dont. She further teaches that in order to live and remain a free spirit, you have to do the things you dont want to do and figure out, it wasnt that bad to begin with. 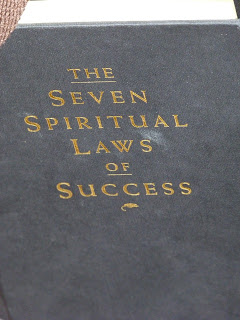 MilDred talks alot about "Fear". She says that fear will make one a prisoner in a life sentence if we dont walk through it. When I think of fear, I think of the acronym: False Evidence Appearing Real. The only way to know that its false evidence is to prove it so and that can only be done when walking on a path of courage, led by faith. What intrigues me about Dred is that she says to hell with what others think, I am going to live MY life for ME, not people full of opinions, that wasnt asked for or warranted. This makes me think of a quote by Gerard Way: “Be yourself, don't take anyone's shit, and never let them take you alive.” MilDred is the living testament of this statement. Dred is more than an inspiration, she is an educator of life, teaching us how to live the life we want, without the limitations placed on us by others. While this is the easiest thing to write, its more than difficult to practice. Today, I make my vow, to embrace my individuality, and live life according to my rules.
“There comes a time when you have to stand up and shout:
This is me damn it! I look the way I look, think the way I think, feel the way I feel, love the way I love! I am a whole complex package. Take me... or leave me. Accept me - or walk away! Do not try to make me feel like less of a person, just because I don't fit your idea of who I should be and don't try to change me to fit your mold. If I need to change, I alone will make that decision. When you are strong enough to love yourself 100%, good and bad - you will be amazed at the opportunities that life presents you.”    -Stacy Charter 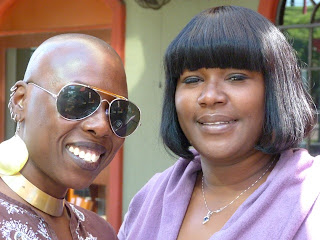 To learn more about Dred and her work, visit http://www.dredlove.com/ 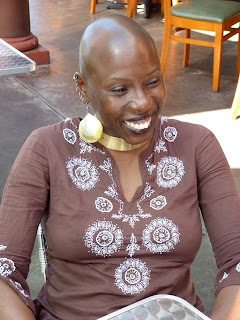