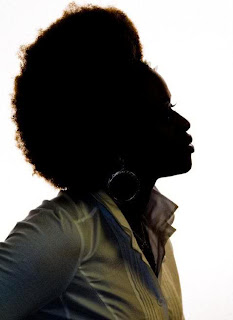 Whats in a name? Everything if you ask me. Our name can influence our character, who we are and what we stand for. The one thing which separates human beings from the animal kingdom is human mind, which has the ability to reason on a conscious level. To think consciously, one must use language. This point is not generally appreciated but it is vitally important. It is impossible to think without language. What allows language to serve in this manner? In the case of languages which have alphabets, letters are placed in a definite sequence in the alphabet, i.e., in the English alphabet, "A" is always in the first position, "B" in the second position, and so on. Any alphabet is an alphabet because symbols are recognized by their form or sound in a definite order--change the order and confusion results.The power of a name and its value has long been immortalized in prose, poetry, and religious ceremony. Everyone recognizes himself or herself by name.I have had the pleasure of interacting, meeting and bonding with a woman defined, remembered by her name. That name is Authentic Deception.
I thought it important to properly identify the meaning of the name to gain insight into, who I had been interacting with:
AUTHENTIC, defined as genuine, real. Its origin from the 1300–50; < Late Latin authenticus < Greek authentikós original, primary, at first hand, equivalent to authént ( ēs ) one who does things himself.  ﻿
DECEPTION, defined as the state of being deceived.
Reflecting, analyzing and synthesizing this information, I find that her name fits her. When I sat down with Authentic Deception whose government name is Tammy Fleming, I asked, "Sista, how did you come up with that name, I absolutely love it?" She disclosed that her name is unique and that uniqueness embodies her. When one looks at her, they assume that she is everything that she is not. Because there are a plethora of sides to her: Poetess, Real Estate Broker, Business Owner, Hair Stylist, people are authentically deceived. She fell in love with the name simply because its a play on words- tough exterior yet femininely refined. 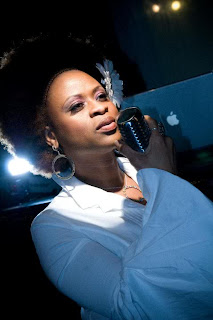 When I met Authentic Deception, it was in the form of Poetess. She was the Feature Poet for He(Art) and Soul XXV. Her poetry was genuine, witty, exaggerated, sexual and feminine. Losing grasp with reality, looking at her spit with the emotion that she did, I experienced an outer body, and felt as if I was looking at myself on that stage. The words she spoke pierced my soul, shattered my spirit and uplifted my hope. Such an awakening, I had to find out who this mirroring creature was, what motivated her to write and speak so eloquently...so truthfully.
As a writer first and poet second, I like to know what inspires people to create, hone, and share their craft. I wasn't surprised that some form of pain ignited the fuel to spit, what I was taken aback and saddened by was that it was a great tragedy that started her on this path.  Authentic Deception and her siblings loss their mother to murder. Being raised and shuffled around in group homes, writing became an escape and a contract to hold herself accountable for how her life turned out. Her poetry is in fact autobiographical in nature, often using her own life experiences to vent, seek advice and of course inspire. A piece that hasn't been shared just yet is "He Fits Me", she looks at this piece as meticulous with words and passion, Inspired by conversational exchange with her and friends.
Playing on words is what makes poetry worth writing. Authentic Deception likes to write, because its a way that her thoughts are uninterrupted and allows her mind to complete what it started. The French poet Paul Valéry defined poetry as "a language within a language." The contemporary poet Kenneth Koch speaks of poetry as a language in which the sound of the words is raised to an importance equal to that of their meaning, and also equal to the importance of grammar and syntax. In ordinary language, the sound of a word is useful almost exclusively in order to identify it and to distinguish it from other words. In poetry, its importance is much greater. Poets think of how they want something to sound as much as they think of what they want to say and in fact it's often impossible to distinguish one from the other. Authentic Deception speaks of poetry much like these, but she is influenced by the oldies but goodies. She says that she cant plan to write, it just has to happen. Often times she wakes up out of her sleep and write. She loves metaphors, nature, synonyms, speaking literally and figuratively. She writes best 'in the moment' while running on pure emotion. She likes the unpredictability, and never knows what turns up until its completed. 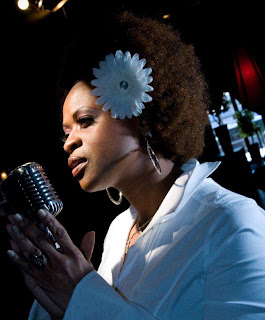 As a salon owner of  Trends by Tammy, she is afforded an overabundance of stories, situations and ideations that provide a platform to speak. She has even had what I like to call 'spit sessions' in her salon, often impromptu. "Its encouraging to me and my clients". I asked her how would you poetically tell someone to be encouraged and her response was quite simple: "the best thing to do for self is living well, its the ultimate revenge. Get yourself together in spite of and have a clear conscious." Like myself, Authentic is Crazzzzzzy about solutions, once a problem has been acknowledged. "Its important to remain assertive and stand your ground", she says. By way of New Orleans, Authentic is proud of who she is, and what she has accomplished. Being a single mom and a single woman for the last 17 years I am proud of her too. You can find Authentic Deception anywhere, the open mic is hot. She truly is an Intellectual Diva! #Salute! 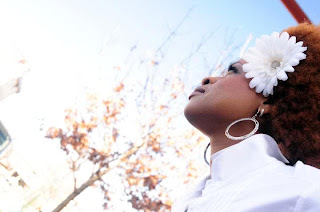 "Buzzworthy Cravings, Creatively Satisfied"
Posted by MsNightlyfe at 8:36 AM