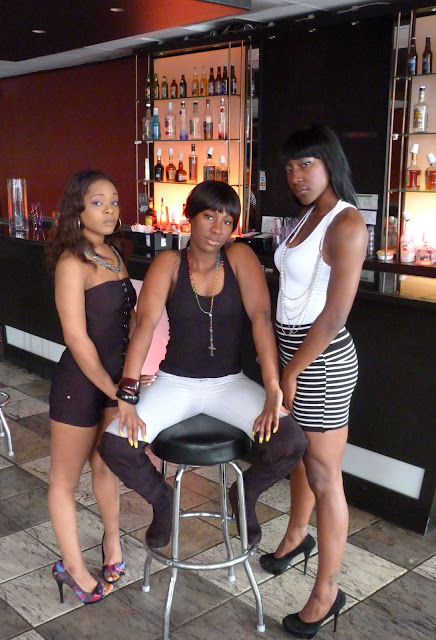 "Ladies and Gentleman, may I have your attention please? I am requesting your undivided attention because I am in the business of saving relationships and building marriages. So id rather request your attention, instead of having these ladies command your attention, and getting you slapped! I'd like to formally introduce to you all, the Lovely Ladies of Dirty Girl Modeling Group, which is a part of Dirty Bizness Entertainment." Dirty Girl Modeling Group also known as DGMG is a group of young lesbian women, set out to boost and inspire young women new on the scene and to let the world know that there are beautiful positive women in our communities. These young women are full of life and enthusiasm and I had the pleasure of seeing all they had to offer on the video set of Damon Dizzle. Each lady had brought their own element and personality and I certainly understand why CEO/Founder Yung Crusay, has them on her team. The ladies each exuded a free spirit, totally aware and intuned the task at hand: Being Video Models on the set of the "I Eat....." video. Meet each one of these ladies as you will certainly see them around for time to come. 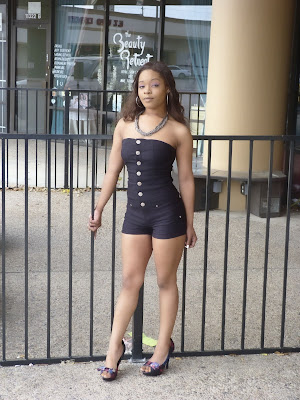 'Lady Lust'
Born and raised in Garland, TX she began dancing at North Garland HS. Graduating at the tender age of 16, she moved to Houston after being accepted into the University of Houston in 2008. She currently teaches at a private school and attends HCC in the evenings; pursuing her degree in Sociology. The lady spends her spare time relaxing, shopping, dancing, and traveling. She has a very bubbly personality and enjoys laughing! The newest model with DGMG, Lady Lust is taking modeling by the horns. Being a proud Go-Getter, and free spirit, Lady Lust finds it important to remain an individual in this type of business. She remains focused by remembering that she is following her dreams. Lady Lust is certainly a Dirty Girl, interested in being a SpokesModel. In doing so, she is proud to admit that she is not a Label girl, but rathers Boutique shopping, choosing Different instead of Designer. Get to know this Dirty Girl on twitter, @LadyyLUST 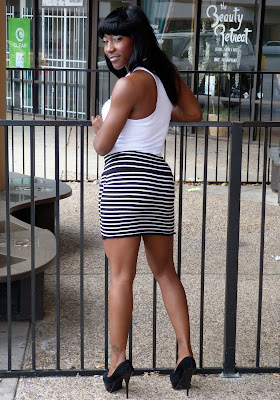 'Too Chewy'
Nathalyn (Too Chewy) grew up as an up-coming track star and all around athlete. Nathalyn was raised in an area where the kids were underestimated, but she slipped through the cracks by graduating high school and not having kids by the age of 18. Chewy doesn't see life like the Huxtables, and is perfectly ok with realizing that college isn't for everyone and neither is a 9-5. She started danceing (YES on the pole) where she got the idea from here mother who also told here she would be the perfect face and frame for music videos, commercials & modeling. Nathalyn is very sophisticated and direct. Her favorite designer brand is anything Hello Kitty! When speaking about the hustle of modeling, she feels that if its out there and she wants it, she's going to get it. She desires to do more commercial modeling in her career. Too Chewy believes that entering the modeling business its important to not sell your soul for the money and to have fun in anything that YOU decide to do. She states, "Nothing is for free, thats for sure...you have to decide when to be the buyer and when to be the seller, NEVER, be the good." Nathalyn is a really outgoing person with an open mind frame and demeanor, but her heart is so pretty. Follow this Dirty Girl on Twitter @TooFucknChewy 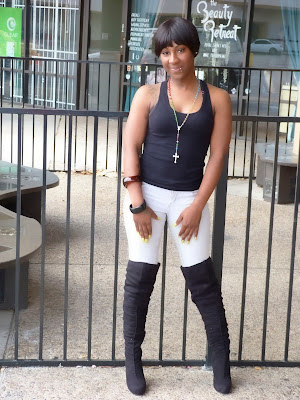 'Luckiie Marie'
Luckiie Marie is a New Orleans Native and takes pride in being loud, and out spoken. She believes that is necessary in this industry as speaking your mind is critical to staying afloat. Luckiie Marie loves to have a good time. She is mindful of the importance of being a lady at all times. However, she certainly knows how to get work done. Some would consider Luckiie aggressive, but she disagrees and says "Im a Go-Getta, motivated by money and good times...if someone interrupts the flow of these principles, then its necessary to SPEAK OUT LOUD! Not only is Luckiie outspoken, she is very outgoing and takes her craft seriously. Her favorite designer brand is Coogi and in this industry if there is anything she wants, she goes to get it! Her ultimate goal is Hi-Fashion and runway modeling. For young women entering this industry, she advises never accept the word NO! Great advice from the DGMG veteran.

Yung Crusay
Yung Crusay is the CEO/Founder of Dirty Biz Entertainment and DGMG. She was born and in Huntsville, TX where she was raised by her mother. With background in Port Arthur, the rapper, writer, producer,  and actress started creating her resume at the age of 5 when she begin acting. By 7th grade the budding star had begun to write lyrics. In 10th grade is when she added to her list of accomphishments, the title: rapper. Wanting to be the jack of many trades, Yung Crusay begin producing in 11th grade. While most teens are having identity crisis during these years, Yung Crusay took control and begin writing her own destiny. In 2002, Yung Crusay moved to Houston and decided to pursue her music career shortly after. From there she started TL Productions in 2004, Dirty Bizness Ent. in 2007. In May 2009 Yung Crusay released her 1st mixtape entitled, The Love Chronicles Pt. 1. DGMG  which is a part of Dirty Bizness Entertainment, is a recent creation (2010) in which she is watching its growth. Currently, Yung Crusay is working on a new mixtape, which she plans to release later this year.  She appears in her first film: Desire, Hostility, Delusion, which is scheduled to be released in June 2011. You can follow this Dirty Biz Boss on Twitter @Yung_Crusay .

Video Footage of the Ladies of DGMG in action: Live on the Set of Damon Dizzle's Video Shoot- "I Eat..."
Look for more of these lovely ladies during HerHoustonSplash May 2011!