Why Do You Care About My Hair? Real Talk, Black Reflection: Gabby Douglas Commentary 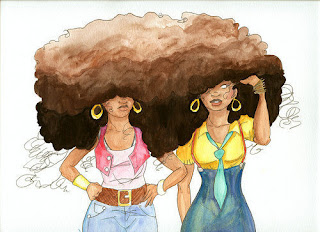 Who are you attracted to? I am in love with the tall, dark and handsome type. The most important descriptor being 'dark'! There's something that drives me insane about sun-kissed skin. Truth is I'm partial to the dark skin of others because of the love I have for my own dark skin. Now that's nothing against my light-skinned counterparts, I'm just saying I have an admiration for my skins pigment. It seems however, that this self love is hindered by self hate in our community. By now the world knows Gabby Douglas as the history making First African American woman to win the Olympic All Around Gold Medal. This young woman inspired more than a nation as her mother told her she could competing in a predominantly white sport...yet, at the height of her herstory book making success, others seem to be more concerned with her hair. I guess for some hair is more important than herstory. 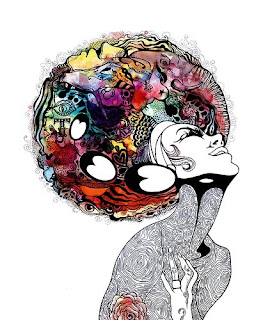 Malcolm X said, 'the worst thing racism did was make us hate ourselves.'  Two forms of slavery exist: physical and mental. Enslaved African Americans were subjected to both, but mental enslavement is the ULTIMATE worst—and one they were NEVER freed from. This fact should NOT be taken lightly. The mind of the enslaved African American was tinkered and toyed with, corrosively manipulated, abused and misused.  One of the greatest powers in the world is the power to define reality and make others accept it, even when it’s to their disadvantage.  This is what has happened to the Black African American race. Despite peonage ending in 1948, on the brink of the civil rights movement, Black America continued to struggle with their identity, not without compromising who they really are to become who and what they perceive as better than what stares back at them in the mirror. From socioeconomic status, skin color, and, which neighborhood their home was in to hair type African Americans begun to define who and what they were based on things they had, as opposed to their actions. 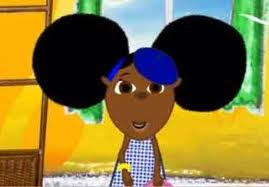 In the 1960s, when African Americans were implored to be proud of their dark skin and natural hair, black women sported afros — short and sassy or big and billowy. Since the 1990s, young African Americans have rocked dreadlocks and braids, which are particularly popular among artists. Straightened hair, however, has never gone out of style and continues to draw criticism from those who say it is an attempt by black people to mimic the texture of white women’s hair. But for many black women, straight, perfectly styled hair is a shield against a society that doesn’t appreciate afro-centric features. Black women’s obsession with straight hair and weaves was the subject of the much-talked-about 2009 documentary “Good Hair” by comedian Chris Rock.  The commentary on Gabby's hair shows the preoccupation with creating the picture that we like ourselves, when many of us don't! This outburst of ignorance begin on social media, which has opened pandoras box showing the damage and pain that continues to keep us in the chains of enslavement. For something as simple and petty as hair in the prime of a history making event, shows that the crabs in the bucket are snapping harder and pulling tighter than ever. This same type of mentality exists in our day to day lives. People dislike, slander and find enjoyment in the pain of others simply because they haven't yet learned to love themselves. When you love yourself, you love the accomplishments that others who look like you make. I think it's time we as a people heal, and begin to love self.