March 24, 2012- Houston, TX The "Million Hoodie" Photoshoot: A Demand of Justice for the Trayvon Martin Murder! Typically, I try not to cover the same things that captures mainstream media's attention, however, the tragic and disdaining death of Trayvon (not sure of the correct spelling) Martin has compelled me to stand! What has yanked at my activism is the fact that the assailant hasn't been arrested at all. It is alleged that Florida's "Stand Your Ground" Self Defense Law, has protected the neighborhood captain from being arrested, because "that law allows a person to use deadly force when there is a reasonable belief of a threat, without an obligation to retreat first." (http://www.nbc29.com/story/17240646/martin-shooting-sparks-debate-on-self-defense-laws). Now while this makes perfect sense to me I have not always seen it happen...not in Texas at least. While, I'm not certain of the exact statute of the law (because in Texas, you are guilty if they want you to be guilty even when you really aren't) I do know that my neighbor was in fact arrested for shooting one of two car burglars, who had returned to steal the neighbors car a second time after  attempting to steal his car the night before. The young man shot was 18 years old and hispanic. The man arrested was hispanic also. However, I didn't understand why he was arrested for protecting his home from obvious forceful entry attempts, not once but twice. Maybe its not always who you are but where you are nowadays....BUT, in Florida the law seems pretty clear to me. Not the one vaguely stated above but according to:

Florida Statute 776.013 a person defending their home or occupied vehicle from an "unlawful" forceful             entry or attempted forcefulentry by another may use deadly force to stop the invasion or attempted invasion    of the property. In such instances they need not retreat before using deadly force, they need not warn the intruder of their intent to shoot, and there is an absolute presumption that the person attempting the entry was doing so with the intent to commit a violent act (i.e. "forcible felony"), and that the defender is presumed to be acting in reasonable fear of death or great bodily harm to himself or herself. In other words – no arrest or prosecution is technically "legal" if someone without a right of entry or ownership is trying to break in, and you shoot them. In theory – the police and prosecution cannot try to show your fear was unreasonable, or that the intent of the assailant was not to do you or a family member severe injury. Of course, there are some limitations to this statute. The statute states that in order to take advantage of its protections you can’t be engaged in unlawful activity when the incident occurs, the defender must be aware that someone has broken into the house or occupied vehicle, or is attempting to do so, and the person entering the home or occupied vehicle does not have a right or invitation to do so. Anyone legally in the home or occupied vehicle may protect it. However, don’t go shooting at police officers in the performance of their duties. Using force or deadly force against a police officer who enters or is trying to entry a home or vehicle is not protected by the statute,   and is highly illegal.
You may also use a lesser degree of force, “non-deadly force”, which is force that will not usually cause death or great bodily injury, to stop almost any crime so long as a firearm or other deadly weapon is not used by you. If you do use a firearm or other deadly weapon – the law gets complicated, and you may not be acting legally unless you are trying to stop a forcible felony. Under any circumstance, the use of force must be reasonable, and the degree of force used should not be excessive. Using excessive force can be a crime, and even a felony. 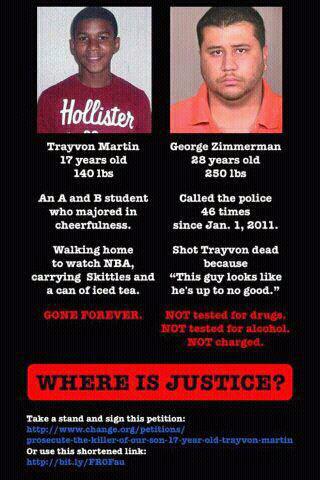 Now, I'm interested to know was Trayvon, unlawfully entering Zimmerman's home or car? Based on media coverage, the self appointed neighborhood captain felt that Trayvon was acting suspicious but despite police officers directives to stop following, he continued to follow Trayvon. This alone was more than enough reason to be arrested; He intentionally disregarded the "great authority's" instructions to stop following a BMW (Black Man Walking). I've witnessed and experienced police officers, threatening to arrest because the citizen refused to submit to enforcers of the law... but then again this is Texas. There doesn't need to be a complete investigation to arrest the idiot clearly responsible for following and shooting a kid carrying a bag of candy and an iced tea cause he harbored a 'hunch'. Now of course we know the 'saying' "Innocent until proven guilty", well I guess that only applies to folks that aren't black. With all of the evidence, facts, nothing circumstantial, no arrest have been made simply, because of the extensive bigotry that rest in the breasts of jack asses with power. There was no reason to beat and shoot a Black Man in the 1800's, just as there was no reason to hang a Black Man in the 1950's, there was no reason to drag a Black Man, in the new Millennium, and certainly there was no reason to shoot a Black Man, walking down the street with a fucking hoodie on in 2012!!!!!! We can no longer allow lawmakers, and enforcers continue to operate in their personal bias, and call it heroic protection...can't we just call it what it is...Legal and Political Bullying also known as justified injustice. To them we (black people) are still less than human, can't you tell by the way we're done! At what point does it stop???? Take a Stand against Injustice!!! 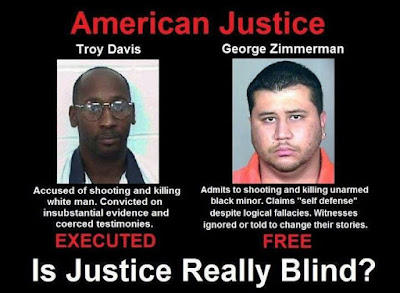 Taking a Stand, Sweet Tooth Media will be participating in the:  Million Hoodie PhotoShoot!

Come out tomorrow in your hoodies and participate in the largest organized photo shoot.
Lets make a statement.
"United we stand. Divided we fall" 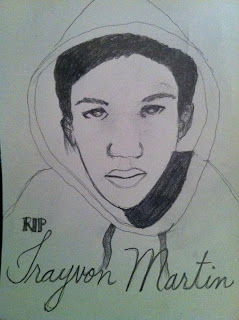 This artistic expression was created by, Tracey Howe, she can be found at http://www.facebook.com/#!/profile.php?id=509860775&sk=wall

"My name is Tracey and I drew this in tribute to Trayvon Martin. Hopefully the noise that his tragic case has brought can also bring about some kind of justice."

To offer your support in the most simplest way, please sign the petition found at http://signon.org/sign/justice-for-trayvon-martin.fb1?source=s.fb&r_by=3552464

The above photo, is one of my favorite photos yet! It speaks volumes about the impact this injustice has caused. LeBron organizes, tweets “Heat Hoodie” photoshoot