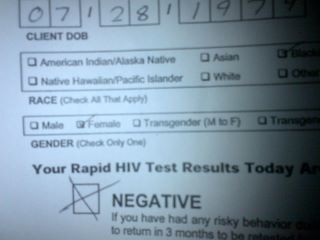 Each year there is a theme attached to World AIDS Day. In 1988, the theme was Communication. Communication is a necessary medicine in maintaining health and being the theme during the first year of inception speaks volumes about the importance of being able to communicate freely. In 2002-2003 the theme was Stigma and Discrimination. These are of importance because stigma and discrimination act as secondary illness that greatly affect persons living with HIV/AIDS. The theme for 2011 through 2015 is "Getting to Zero". Zero New HIV Infections. Zero Discrimination and Zero AIDS Related Deaths. “Zero New HIV Infections” and “Zero Discrimination” are likely to spark high impact events from small scale community vigils to nation wide events using the power of  voice and light to get life and death issues the attention they deserve. Many of the organizations that come together to put events to create awareness of the AIDS/HIV epidemic come with their own sub-theme. A notable event in Houston is the upcoming T.R.U.T.H Project. The T.R.U.T.H. Project targets the GLBT community and Allies, focusing on creating self awareness and healing through the use of performance arts and social engagement. Addressing issues important to our community and society, this project highlights national and local artist creating original works that will be presented to the community in an Out Of the Box healing experience. Healing through the ARTS. This installment's theme is addressing the issues of HIV Awareness and Stigma. AIDS has killed more than 25 million people between 1981 and 2007, and an estimated 33.2 million people worldwide live with HIV as of 2007, making it one of the most destructive epidemics in recorded history. Despite recent, improved access to antiretroviral treatment and care in many regions of the world, the AIDS epidemic claimed an estimated 2 million lives in 2007, of which about 270,000 were children.

The data regarding Americans living with HIV are alarming. ‎1.2 million Americans who have HIV - the infection that causes AIDS - 20 percent don't know they're infected. That's 240,000 people. People can have the infection for years without developing symptoms. Another reason for the low success rate, only about 40 percent of people with HIV are getting HIV-fighting medications regularly. Worse, only 28 percent have gotten the virus to low levels in their blood. That translates to roughly 850,000 Americans who don't have the virus controlled, Frieden said. Success rates were lowest in blacks and women, he said. ‎"The fact that nearly three quarters of Americans living with HIV still have the virus circulating in their bodies, damaging their brains and immune systems and putting their sexual partner at risk is something we think we can do a lot about," Frieden told Reuters. The report - published Tuesday on the CDC's website - was based on surveys and surveillance reports from 2010 and a study that focused on medical care for people with HIV.

There are several reasons why more people aren't faring better, the CDC said. Some were still early in their treatment before medication took effect. Some dropped routine care because of money or other reasons. For a small percentage of cases, the treatment may not have worked. The key to Getting To Zero, is getting tested! KNOW your STATUS, Get Tested!!!! 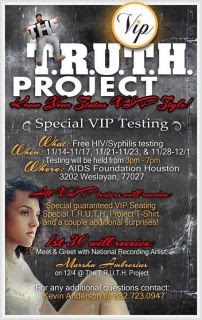