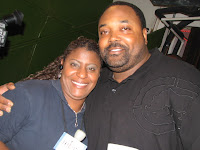 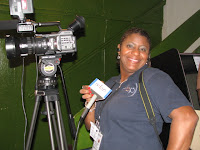 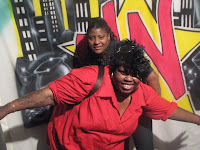 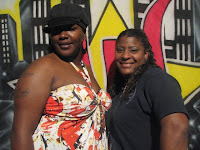 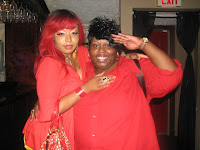 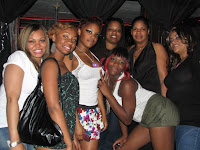 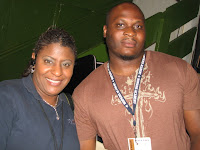 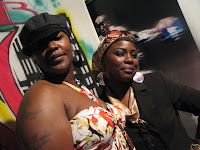 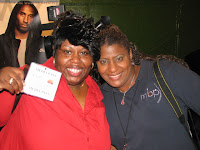 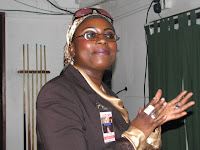 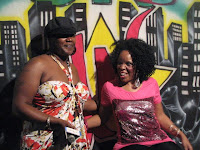 Friday, June 25, 2010
F-A-B-U-L-O-U-S is the first thing that comes to mind, as I enter the spectacular walls of Club U.N. The air is full of laughter and Hip-Hop music. I dont want to just tell you what I saw I want you to fell what I felt. Groove like I grooved. Ok, close your eyes....Im waiting....Are they closed? Ok, The Crowd is live, drinks flowing, and its Flashing...LIGHTS!

Fiya, causes your lips to curve up, stomach to hurt, and tears to run down your face with her comic yet natural sense of humor, entertaining the crowd. Mocha is behind the camera capturing history in the making. She smiles as Fiya does her things and as the models grace the runway. This 6th Annual Community Block Party is all possible because of Mocha Brown Productions and Fiyaworks Entertainment. The goal here is to give back to the community while creating a medium and endless opportunities to form an extensive network. Since the death of the Greatest Entertainer Alive -MJ (R.I.P) Fiya is the Greatest Entertainer Alive. She is an artist, producer, director comedienne. She is the Jack of all trades and the Master of twice as many. Mocha of Mocha Brown Productions is a very busy woman, who gave birth to the idea that the community, real people need true exposure. This vision is still being fulfilled six years later.
Now, back to the show: I feel like Im at Houston's Fashion Week, red carpets, long-legged models of beauty and animal print designs. The only difference is it wasnt Vera Wang or Tyra Banks overseeing the creation of beauty it was Ayo, Fashion Designer and Fashion Editor for Uzuri Magazine. Each beautiful lady strutted their stuff on the runway, sporting fashions created by Ayo, inspired by Africa and her own dreams of what fashion IS and SHOULD BE! There were several young ladies modeling fashions fit for the summer; short shorts, lady t-shirts and blouses. The line featured animal inspired shaws. Ayo, also introduced a shoe style that is set to hit stores this time next year. Each model walked to a hip-hop or R&B tune that complimented their outfits and their attitudes. Fabulous, is the only word that describes the ladies, and the clothes too!
After being taken aback by the line of fashions and the gorgeous models, the crowd gets ready to have their souls fed, and fingers snapped by the astounding poets: Choice, Je'm and Pinky. When I tell you that these artists rocked the house, they ROCKED THE HOUSE!!! Choice started the flow with "I Go-Rilla", a rhyme introducing himself and how big his Kahuna's really are. Following Choice, was Je'm with her version of "I Go-Rilla". Pinky graced the stage with an extension of the "I Go-Rilla". As I sat there enthralled on every single word, I looked around and noticed an immediate connection to their words and the thoughts of the other artists- Rap artists. We were all experiencing the splendor of these poets, however, it was an extreme realization by myself and others, that the line is mighty fine between these poets thoughts and the rap artists lyrics. Fiya describes the spoken words as "beautifulness". The spoken word artists spoke so eloquently, often using expressions from popular songs and movies. You can find these artists each and every Wednesday night at Club Escape and on Sunday at the Shadow Bar, "cause this right here ni**a, this shit right here ni**a" is the off the meter!!
The night ended with a wonderful networking mixer, artist meeting artists, promoters and other industry influences. The music was "ALL THE WAY TURNED UP", drinks pouring like a water fall and everyone had an funky good time. I, yes, Ms. NightLyfe, conducted television interviews with the artists, Ayo, the models and the two beautiful ladies that made all this possible, Fiya and Mocha.

BUT WAIT THE PARTY AINT OVER, NOPE IT-AINT-OVER!!
Saturday, June 26, 2010
Mocha and Fiya, both delivered-AGAIN!!!! Today is the day of the 6th Annual Block Party- Artist Edition. It was a beautiful sight!! I had to circle the block at least three times to find suitable parking. You know it was hot and a lady such as myself, refused to walk. Once I secured a close parking spot, I was met with the most beautiful sight since Obama was elected president. My people, Black people: Men, women, and children. Families, singles, and hustlers true to heart were all present. The kids were running around, jumping in the bounce house. DJ Rae, on the 1's and 2's, Fiya working her magic as the host, and Mocha, rolling those camera, like it was a new Caddy sitting on 28 inch rims. There was BBQ grilling, Fish-a-frying, and vendors a-selling. ICON Lifestyle Magazine, a sponsor in this event, had a booth set up, to make an even greater connection to the artist and the community. It was better then Juneteenth!! Really!
Each artist took center stage and represented in a way that only they can. On this day, I witnessed, that we are built tough and hungry, driven to grow tougher. Father's were with their families, and mother's supporting their men and their dream. It is a exceptional task to have an idea that grows into desire, and that desire fuels the dream and that dream is fulfilled in a community of love and giving. Everyone represented well and Everything was well represented. If you missed this event, dont worry, it happens EVERY year. Next year, will be even better, BIGGER and BOLDER than... well you know the rest!